But then, the older I get
the more I can see
how greatness is overrated

He sits with me upon the front porch swing,
the phantom of my friend. He teaches me,
imparting words in ink to me, to bring
his wisdom to my eyes that they might see
a universe of old, (though really all
the same– is nothing new under the sun?)
He is my brother, I am fain to call
on him, communing till the daylight’s done,
when shadows swallow from my view his words,
the thoughts divine, and ghosts of older years,
when God and men of God and slaves and lords
together shared in darkness want of fears.
Yet here in want of light he must depart.
Perhaps at dawn he’ll light to me impart.

“Like the swift flight of a sparrow.” Bede’s Ecclesiastical History of England

I told the sparrows
it was New Year’s Day.
Those Devil-May-Cares!

They hopped on last year’s snow
with pitchfork feet,
then breached, on taunt wings,
the sempiternal air.

The last lights of the evening
break down over the hills
wine sleeps in the mist
of the vineyards.

Oh, my beloved Yakima
in your land I am anchored
until the last fire of my blood.

Here I am with no belongings
neither memory

I count my yesterdays
waiting for the last vertigo
of the winter.

Only Death
can interrupt my vigil.

If you’re wondering about why you haven’t received your annual Call for Submissions for the Yakima Coffeehouse Poetry Contest, it’s because we have decided to move the dates of the contest to Spring 2021.

Our 2020-2021 Open Mic Night season broadcasts via ZOOM ™ at 7 pm, the second Wednesday, September through May.

Your Shrub-Steppe Poetry Journal team is ready and eager for your poems!

The window of opportunity to submit opens January 15.  Deadline March 15.

You can submit EITHER electronically OR by paper.

in the
Yakima-Herald Online SCENE 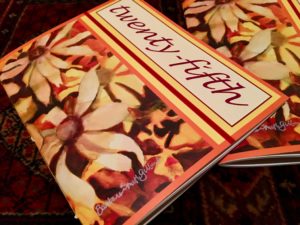